Morocco is a bread country, In our food culture, we eat a lot of bread, Almost every dish is served with bread and it is eaten from breakfast to dinner and even during tea time. Bread is also as a tool we use it to pick vegetable and meat from the plate, traditionally and usually we eat all from the same dish, and there’s, of course, a certain polite way to do it.

Many families make bread at home although, In traditional Moroccan quarters, there are until today communal oven that is an oven the community members share and use together. .. People prepare their bread in the morning, and when it is ready to bake, they carry their trays to the public oven where an oven-master bakes the loaves in a traditional oven for a few dirhams.

Batbout  ( بطبوط) also called Matlou –مطلوع, is a well known  Moroccan bread which will be quite soft and chewy bread, Its a pita bread which can be very well stuffed with vegetable fillings as well as meat fillings  and often used as a type of sandwich bread. Enjoy your Batbouts during breakfast with butter, jam and chocolate spreads, in my hometown we prepare it for breakfast with olive oil as you can see in the picture below.

You can prepare these Batbout bread as medium-sized bread also as very small Batbouts… this Batbout can be served very well for breakfast.while the very small Batbouts as appetizers with any dips…Batbout is usually prepared with active yeast, semolina flour, all-purpose flour, or with wheat flour instead of all-purpose flour…Moroccans called this Batbout as bread even though these Batbouts are not baked in the oven but they are prepared in stovetop or pan in the kitchen while in the countryside and more traditional villages, we bake it in a special tool called “Ferrah” in Arabic “this name may be different in each region”, it’s the one i use in my hometown village it adds a special and delicious flavor to the Batbout thanks to the traditional way cooked on the fire. 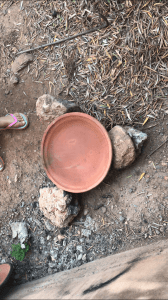 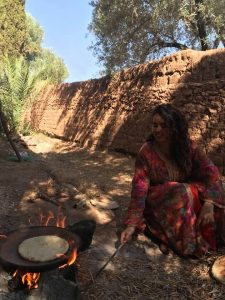 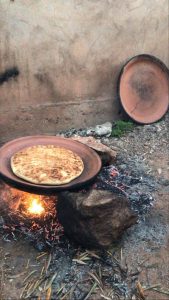 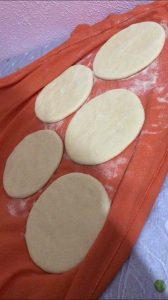 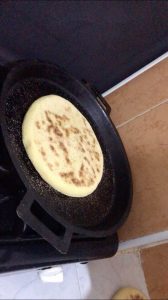